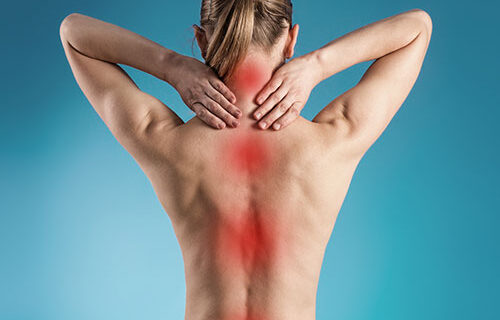 Pain is comes from joint instability – joint instability is coming from weakened and damaged ligaments and tendons as well as deteriorated cartilage. Comprehensive Prolotherapy through a series of injections REBUILDS the joints from within. When cartilage is degenerated, the force to the bone is greater and uneven and arthritis develops. Since cartilage decreases the force inside the joint, it becomes obvious that as cartilage deteriorates as we age, other structures are going to have to bear this force. Since tendons move the joints and ligaments stabilize the joints, it is primarily these soft tissue structures that are involved. Because ligaments stabilize the joints, a weakening of these structures causes a further force to the bones of the joints. This increased force hastens the arthritic process. For the patient who has localized areas of pain or the person who has had a recent injury from an accident, Prolotherapy is a very effective treatment to strengthen those specific areas and eliminate the pain. Prolotherapy starts the growth of new healthy, strong tissue. Prolotherapy strengthens and tightens up the loose ligaments and tendons that have been injured and which are causing pain.