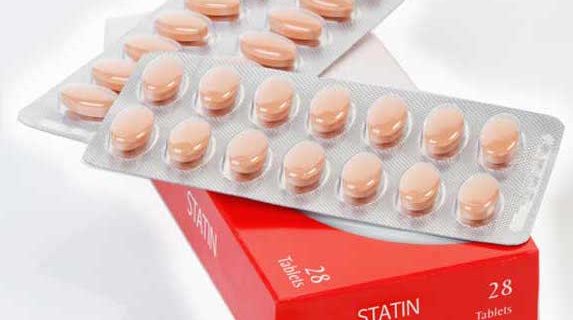 Once again the medical establishment gets it completely backward.

NPR recently ran a story that suggests terminally ill patients can safely stop taking cholesterol-reducing statin drugs. The final quote of the article is illuminating: “Most of the studies focus on when to start a medication; there’s been very little focus on when do you stop it.” No surprise there: whether you’re very young or very old, Big Pharma would love you to continue buying statins—for a very long time indeed.

Heart disease, as many of us know, is one of the leading causes of death in the US, killing about 610,000 people each year. Big Pharma—in the belief that cholesterol is the primary factor in heart disease—developed statin drugs that would lower cholesterol and reduce the risk of heart disease. The drugs, which have been accompanied by massive marketing campaigns, are huge moneymakers for the drug industry, to the tune of about $29 billion worth of sales in 2013. That’s the kind of outrageous money you make when you convince one in four Americans over the age of 45 to take statins.

Over the years a wide range of negative health effects that have been linked to these drugs. Here is a survey of some of these findings:

Statins interfere with the production of coenzyme Q10, which supports the body’s immune and nervous systems, boosts heart and other muscle health, maintains normal blood pressure, and much more.

Statins weaken the immune system, make it difficult to fight off bacterial infections, and increase the production of cytokines, which trigger and sustain inflammation.

They make some patients unable to concentrate or remember words, and are linked to muscle and neurological problems, including Lou Gehrig’s Disease.

Statins inhibit the beneficial effects of omega-3 fatty acids by promoting the metabolism of omega-6 fatty acids, which increases insulin resistance and the risk of developing diabetes.

There is evidence that statin use blocks the benefits of exercise. Exercise increases the activity and numbers of mitochondria, cells’ “power plants” that process sugars and fat. The study found that with statin use, mitochondrial activity actually decreases with exercise.

Statins work by reducing the body’s ability to produce cholesterol, which is essential to brain health—the brain is 2% of the body’s weight, but contains 25% of the entire body’s cholesterol.

Statin users have a higher incidence of nerve degeneration and pain, memory loss, confusion, depression, and a higher risk of ALS and Parkinson’s, according to Dr. David Williams in his July 2014 Alternatives newsletter. Statins also decrease carotenoid levels. Carotenoids, which are found in fresh fruits and vegetables and act as antioxidants, have a number of benefits, including protecting against cell damage, aging, and chronic diseases.

Statin drugs may also be driving Americans to overeat: a twelve-year study published in JAMA Internal Medicine found that statin users increased their calorie intake by 9%, and fat consumption by 14.4%, over the study period, whereas those who didn’t take statins didn’t significantly change in either measure.

An animal study linked statin use to muscle damage. Animals that exercised on statins had 226% more muscle damage than those not given statins.

They affect the quality of sleep.

Statins increase the risk of prostate and breast cancer.

Statins are known to cause liver damage by increasing the liver’s production of digestive enzymes.

Statins have been linked to aggressive and violent behavior in women.

Despite these widely documented risks, the media’s coverage of any adverse side effects is typically followed by the reassurance that the benefits of statins outweigh the risks.

Even when it comes to heart disease prevention, conventional thinking gets it wrong. The American Heart Association, for instance, published a study based on the outdated, simplistic notion that there are two kinds of cholesterol: “bad” (LDL) and “good” (HDL). The AHA’s dietary guidelines are also centered on the debunked notion that “bad” cholesterol causes heart disease, and that since saturated fat may raise “bad” cholesterol levels, it’s the ultimate dietary evildoer. And here’s the kicker: the AHA’s guidelines could lead to 33 million healthy Americans taking statins.

What the AHA does not seem to understand is that cholesterol is vital to human health. But cholesterol isn’t the ticking time bomb most people have been led to think—in fact, the real danger is that our cholesterol levels can get too low as we age! Even “bad” cholesterol is essential.

A review of nineteen large studies of more than 68,000 deaths by the Division of Epidemiology at the University of Minnesota found that low cholesterol predicted an increased risk of dying from gastrointestinal and respiratory diseases.

Another study of almost 15,000 patients over 18 years found that those with higher LDL levels and total cholesterol had a lower risk of developing atrial fibrillation, an irregular heart rate that causes poor blood flow to the body.

A review article published in 2005 by a Japanese scientist found that “high total cholesterol is not positively associated with coronary heart disease mortality rates among general populations more than 40–50 years of age,” and therefore there is little benefit to lowering cholesterol levels if you’re older.

A 2005 study from the Columbia University College of Physicians and Surgeons found that people with the lowest cholesterol and LDL levels were twice as likely to die within three years compared to those with the highest levels.

Even government agencies are realizing that cholesterol isn’t the dietary bogeyman it has been made out to be. The Dietary Guidelines Advisory Committee, a project of the FDA and USDA that sets government recommendations for a healthy diet, is about to withdraw its longstanding guidelines that recommend avoiding high cholesterol foods.

While it is now clear from the science that cholesterol is not the demon behind heart disease, it’s equally clear that poor eating habits, lack of exercise, and obesity are direct causes. The good news is that heart disease can be entirely reversed through diet!