Most of us have experienced the feeling that after eating a particular food, we don’t feel so great – maybe it manifests as gastrointestinal problems, maybe it manifests as a hot feeling rising through your chest. There are multiple potential ways that a food sensitivity can show itself, so how can you know what you may have a reaction to? Food sensitivity testing identifies adverse immune cell reactions associated with food and chemical sensitivity. For example, the results from food sensitivity testing in Miami can help determine which foods and other substances may trigger unwanted inflammation and related symptoms, as we evaluate the immune system’s reactions to foods following an ex vivo challenge of the white blood cells. Testing enables us to help patients improve chronic health issues through dietary changes.

#1 What is a food sensitivity?

A food sensitivity – also known as a food intolerance – occurs when a person has difficulty digesting a particular food. It is well known that food can cause many different types of reactions in the body. These may be evident in the skin (such as hives, rashes, itchiness, or swelling); the gut (such as reflux, vomiting, tummy pains, gas/bloating, diarrhea, and constipation); when breathing (such as shortness of breath or a tight chest); or through generally feeling unwell. Some people put up with symptoms for years, but it could get better for them if the foods causing these symptoms were cut out of their diet. Identifying the food trigger or triggers and developing a sensible management plan can make life very different for the intolerance sufferer. If you are wondering whether you may have a food sensitivity, wait no longer. Visit our clinic, where we provide food allergy testing in Miami.

It’s important to find out which foods are causing your symptoms. For some people, it can be straightforward; for others, incredibly tricky. That’s because identifying a problem depends on what the symptoms are; how quickly the symptoms appear after eating a food; and which food (or foods) is causing a problem. Animal milk and dairy products, wheat and gluten, eggs, and coffee are probably the most common foods that cause intolerance problems, but any food can be a problem. If your symptoms improve significantly during the time you cut out specific foods, this suggests that these foods may be responsible for the adverse reactions.

You should be aware that a food allergy is not the same as food sensitivity. A true food allergy is a reaction involving the immune system where the body sees the food as harmful and makes specific antibodies (called IgE antibodies) to ‘fight off’ the allergens found in these foods. This results in the release of histamines and other naturally occurring chemicals in the body. It is this release of histamine and chemicals which produces the symptoms we recognise as an allergic reaction. True food allergies are really actually quite rare; the foods that most commonly cause allergic reactions are peanuts, tree nuts (such as almonds and Brazil nuts), eggs, milk, fish, shellfish, and sesame products.

#3 What are the symptoms of food allergies and food intolerances?

As we mentioned, a food allergy involves the body’s immune system and is a reaction to a specific food or foods. Symptoms can be mild or severe and can involve the skin, gut, respiratory system, or circulatory system. Symptoms caused by an allergic reaction to food can range from skin reactions like itching and rashes (urticaria) or swelling (angioedema); to gut symptoms such as vomiting, stomachache and diarrhea, to respiratory symptoms such as coughing, sneezing, asthma, and a blocked or runny nose.

In the most severe cases, symptoms that can be life-threatening may develop rapidly and require urgent medical attention. That’s why is very important to do food allergy testing in Miami. Symptoms may include swelling of the lips, tongue, or face, shortness of breath, throat constriction and breathing difficulties. Loss of consciousness can occur in extreme cases. This collection of symptoms is known as anaphylaxis or anaphylactic shock. Normally, symptoms arise within a few minutes of eating or coming in to contact with an offending food, although they may be delayed by up to a couple of hours. Those at risk of anaphylaxis should have an adrenaline device (EPI PEN) available.

IgE food allergies are easy to diagnose. If the culprit foods are totally excluded, it is possible to remain completely symptom-free. Some people can also tolerate a well-cooked version of the food, but will react to the food in a partially cooked or raw state.

Food intolerance is not as clear-cut and thus occupies a more controversial position in nutrition. Although not life-threatening, it can and often does make the sufferer feel extremely unwell, which can have a major impact on their work and social life. Ongoing symptoms can also affect a person psychologically, as they feel they will never get better.

Food intolerance reactions do not involve IgE and the mechanisms of the reaction are unclear. However, it is known that these reactions are more likely to be delayed, occurring several hours and sometimes up to several days after eating the offending food. The symptoms caused by these reactions are numerous but have been associated with gut symptoms such as bloating, diarrhea, constipation, and IBS (Irritable Bowel Syndrome), and skin problems such as eczema.

Symptoms can affect different people in different ways, but usually last for many hours or days, depending on the symptoms. Because it is possible to be intolerant to several different foods at the same time, it becomes very difficult to determine whether food intolerance is the cause of chronic illness and which foods may be responsible. Many people with food intolerance have several symptoms. Sometimes, the symptoms are vague and not always easily diagnosed. People may complain of non-specific problems such as brain fog, lethargy, headaches, or feeling bloated. These are often in addition to bigger problems relating to the bowels and skin. 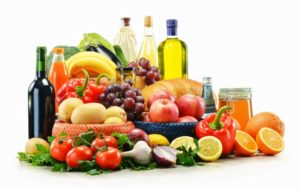 #4 What are the causes of food intolerance?

Food intolerance can be caused by several different factors, e.g., lifestyles with erratic food intake, poor nutritional intake, or high intake of refined foods; poor intake of dietary fiber or high-fat diets are a few more examples. Some people actually lack the enzymes needed to break foods down, e.g., in the case of lactose intolerance, where the enzyme lactase is not produced in large enough amounts to break down the lactose (milk sugars) in milk. Some people may react to the chemicals that are produced naturally in foods such as caffeine, salicylates, monosodium glutamate, and histamines in foods like strawberries, chocolate, and cheese.

Another possible cause of food intolerance is the additives in foods which can be found in the form of sulphites, which are added to processed foods to give them a longer shelf life. They can also be found in fruit drinks and wine. A reaction to a food that has ‘gone bad’, such as salmonella poisoning, is another type of reaction to a food; this will usually affect anyone consuming it. 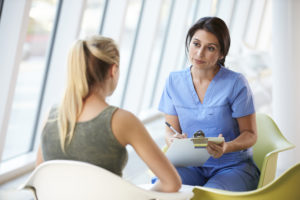 #5 How does food allergy testing in Miami work?

To diagnose a food allergy, our doctors usually use a combination of skin testing and blood testing. A skin test is a scratch test; to do it, your skin will be scratched with a tiny amount of liquid extract of an allergen (such as pollen or food). The allergist then waits 15 – 20 minutes to see if reddish, raised spots (called wheals) form, indicating an allergy.

If the doctor thinks that there may be more than one thing or if it’s not clear what is triggering a patient’s allergy, then our specialist will probably do a skin test for a number of different allergens simultaneously.

A blood test is another option to diagnose a food allergy. In this case, a small blood sample is taken from a patient and sent to a laboratory for analysis. The lab checks the blood for IgE antibodies to specific foods. If enough IgE antibodies to a particular food are in the blood, it’s very likely that the person is allergic to it.

However, if the results of the blood and skin tests are still unclear, you might do a food challenge. During this test, the patient is given gradually increasing amounts of the potential food allergen to eat while the doctor watches for symptoms.

Remember, never ignore possible symptoms of food sensitivity. Even if you do not have a food  allergy, it is possible to have an allergic reaction to a food you’ve never encountered before.

Contact us to schedule your food sensitivity testing and allergy testing in Miami!

“The material contained on this site is for informational purposes only and DOES NOT CONSTITUTE THE PROVIDING OF MEDICAL ADVICE, and is not intended to be a substitute for independent professional medical judgment, advice, diagnosis, or treatment. Always seek the advice of your physician or other qualified health care provider with any questions or concerns you may have regarding your health.”